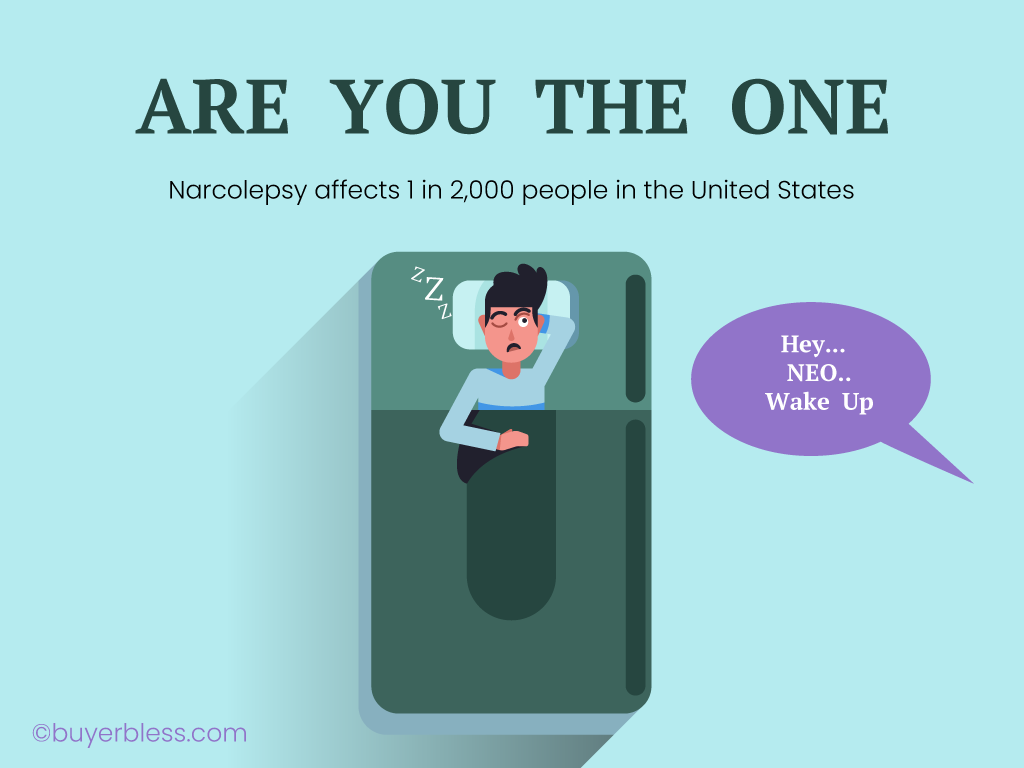 Its really hard to face that It is estimated that narcolepsy affects 1 in 2,000 people in the United States and may be you or your dear ones are affecting from it. It is found in studies that it can not be cure fully but let’s find some hopes in Narcolepsy treatment & tips for making life easier.

Contents hide
1 Understand about Narcolepsy
2 Symptoms of Narcolepsy
3 Cause of Narcolepsy
4 Narcolepsy with cataplexy
5 But! What is Cataplexy?
6 Tips for making life easier in Narcolepsy
7 “Xyrem ” – A FDA-approved hope

Narcolepsy is a chronic sleep disorder that is caused by a dysfunction in the brain’s sleep-wake mechanisms. This disorder is characterized by excessive daytime sleepiness, cataplexy (a sudden loss of muscle tone), and hallucinations. Narcolepsy can significantly impair daily functioning and can be quite disabling.

There are many symptoms of narcolepsy, but the most common are excessive daytime sleepiness, cataplexy, and hypnagogic hallucinations. It can be very severe and can make it difficult to stay awake during the day. People with narcolepsy may feel like they are falling asleep at random times, and they may have trouble concentrating or completing tasks.

Cause of Narcolepsy are still unknown, however, scientists believe that it is caused by a combination of genetic and environmental factors. Narcolepsy is a neurological disorder that affects the control of sleep and wakefulness. Narcolepsy can occur in people of any age, but it is most commonly diagnosed in young adults.

Narcolepsy with cataplexy is a neurological disorder caused by the loss of hypocretin neurons in the brain. Hypocretin is a neurotransmitter that helps to regulate wakefulness and REM sleep. without hypocretin, the brain cannot regulate the body’s sleep-wake cycle, which leads to narcolepsy. cataplexy is a sudden loss of muscle tone that can cause a person to collapse. it is often triggered by strong emotions, such as laughter, surprise, or anger. cataplexy can cause a person to lose control of their muscles, which can lead to falls or other injuries

But! What is Cataplexy?

Cataplexy is a rare neurological disorder characterised by sudden and transient episodes of muscle weakness. These episodes can be triggered by various emotions, such as laughter, anger, or surprise. The muscle weakness can affect any muscle in the body, and often causes the person to collapse. Cataplexy can also cause speech problems, drooping eyelids, and a loss of bladder control.

The cause of cataplexy is unknown, but it is thought to be related to a problem with the hypothalamus, a small structure in the brain that controls the body’s hormone production. Some people with cataplexy also have narcolepsy, a sleep disorder that causes excessive daytime sleepiness.

Here are some tips for managing the symptoms of narcolepsy:

In Narcolepsy treatment Xyrem (sodium oxybate) is a prescription medication used to treat narcolepsy, a sleep disorder. It is a central nervous system depressant. Xyrem works by increasing the amount of a natural chemical in the brain called GABA. This chemical helps to calm the brain and promotes sleep. It treats to treat 2 common symptoms of narcolepsy: excessive daytime sleepiness (EDS) and cataplexy.

Xyrem is the first and only FDA-approved treatment for narcolepsy, a chronic sleep disorder. People with narcolepsy often experience excessive daytime sleepiness and sudden attacks of sleep. Xyrem can help reduce these symptoms. Xyrem is a controlled substance.

Xyrem is a prescription medicine used to treat excessive daytime sleepiness and sudden attacks of sleep in people with narcolepsy. It is not known if Xyrem is safe and effective in children.

Xyrem is a controlled substance. It is a federally controlled substance because it can be abused or lead to dependence. Keep Xyrem in a safe place to protect it from theft. Never give Xyrem to anyone else, even if they have the same symptoms you have.

We are very happy and excited that you are here. Soon you will get to read blogs full of health and motivation here. Thank you once again, may you have a happy and healthy life, God bless everyone.